This is custom heading element

This is custom heading element 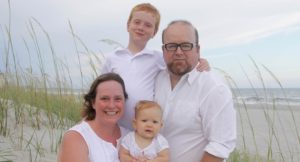 During her undergraduate experience at the College of William and Mary, Jen had the opportunity to befriend and support child with autism and participate in their ABA-based, in-home program.  She fell in love! After graduating with a double major in Psychology and Music in 1999, she moved to Richmond and began working at what is now known as the Faison School.  During her time there, she completed her Master’s in Education with a focus on Early Childhood Special Education and was promoted to the role of Lead Teacher, supervising education and behavior plans for up to 8 students and 8 staff.  After a brief foray into the special education software world, Jen became the Lead Teacher and Site Director for an ABA-based inclusive preschool program through Dominion School for Autism.

In 2010, Jen received her BCBA.  In 2011, she started her own company, providing a variety of educational and behavioral consultation to families in the Richmond community.  During the transition into her own company, Jen also worked with the Autism Center for Excellence at Virginia Commonwealth University and was an active participant in the lobbying efforts to pass the Autism Mandate in Virginia.

Given Jen’s background in teaching, program development, supervision, activism, and consultation, she brings a wealth of knowledge to our team. We and families are lucky to have her expertise and knowledge!

No results found in this location. Please try again.